What are some popular street foods from rajahmundry?

According to Hindu mythology, the devas and asuras worked together for a millennium to churn the ocean of milk and release Amritha. May be some dropslets of amrith squilled in the streets of this town.

Well I’m from Rajahmundry. It is the cultural capital of Andhra Pradesh, India and the city is the birthplace of Nannayya, a Telugu poet and it has one of the most diverse repertoires of street food inspired from many cuisines in the country as well as abroad.

Here’s the story of my native street foods:

When we heard the word Rosemilk is the word which we listen mostly in Rajahmundry. This is a very famous drink with many essential nutrient values. Rosemilk it is totally made of milk with accurate fat value and naturally made rose essence. The taste you get here cannot be copied.

Rosemilk was started in the year 1948 by Mrs Gubba simhachalam . He is an ordinary citizen of Rajahmundry tried a delicious health drink which was like a boon to his life and not only that he is the 1st person who introduced KOVA sweet in Rajahmundry. Rosemilk was introduced with the cost of 1 Anna’s (means 6p). He started this business with a small equipment in main bazar. 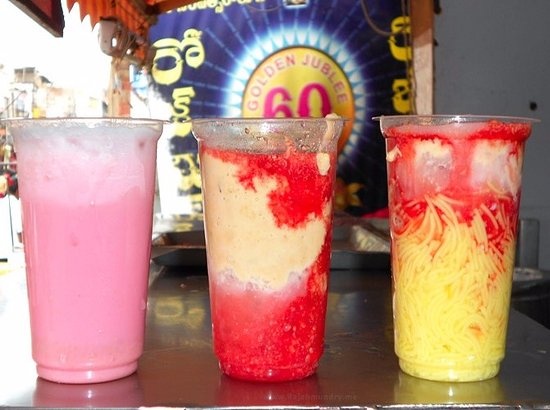 GangaRaju Palakova, is a dream sweet for many children in Godavari districts. Native taste does breaks the boundaries and this mouth watering product established by late Sri.Gangaraju Nimmalapudi & Smt. Satyavathi in 1953. 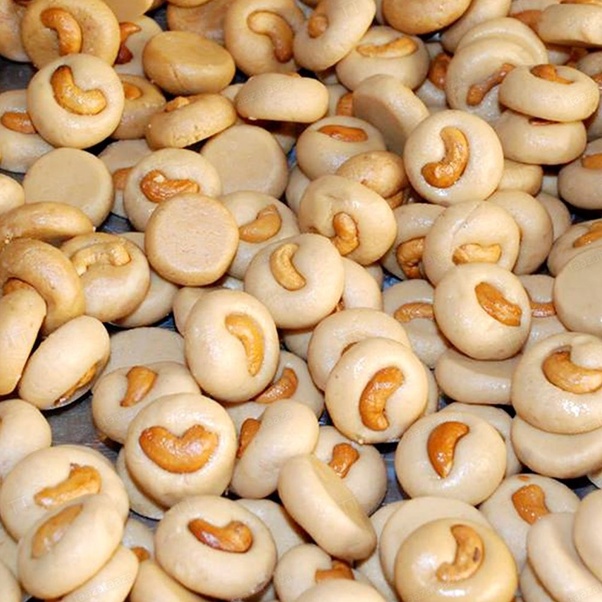 A popular sweet from Andhra Pradesh, Pootharekulu is a plastic-like novelty made from finely ground rice starch, black gram, powdered sugar and ghee. Its name comes from a amalgamation of the words ‘Pootha’ meaning coating and ‘Reku’ meaning sheet.

Although the sweet is crispy from the outside, the soft insides add character to the Pootharekulu. While it can be stuffed with powdered sugar, the authentic producers in Atreyapuram have innovated the product to stuff it with jaggery and powdered cashew nuts as well.

Apart from the heavenly taste, this dependency has lent the label of delicacy to this food item. Undiscovered to the foodizens outside of Godavari district, Pootharekulu is truly a delight for the sweetly inclined.

“Now presenting you kaja the raja of all sweets.” think there is not even a single Telugaite who is not aware of Kakinada Kaja. It may appear as exaggeration but it is true. Kakinada Kajas are world famous. The people in and around Kakinada and Rajahmundry flying abroad carry a special pack of Kakinada Kaja along with them. Some even have specially packaged ordered delivered abroad.

However, one bite and you will know what bliss is. When it is fresh, the outer casing is crispy and almost like a wafer. For first timers, the first bite surprises of the juicy, sugary syrup inside is a delightful treat. It is no wonder that it is eaten as a snack and served at weddings, and also forms a part of Thali meals, as it is a perfect complement to the spicy East Godavari cuisine. 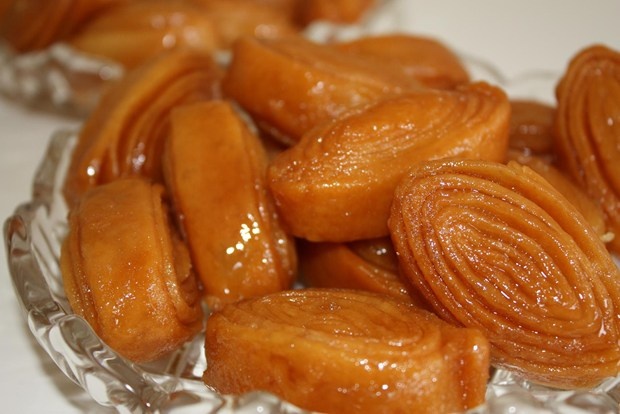 Pushkar Ghat, Rajahmundry: A Spiritual And Religious Place On The Banks Of The Sacred River Godavari

The Smart City Rajamahendravaram – History And Places To Visit In Rajahmundry

Rajahmundry: Do try out their yummy shakes with your freaking friends at Freakshake Bro !

Papikondalu: “A Beautiful Journey On River Godavari From Rajamahendravaram To Papi Hills With A Boat Ride and Night Stay”

THE RIVER GODAVARI THAT MAKES RAJAMAHENDRAVARAM A SACRED CITY

FOR MILKSHAKE LOVERS – THE THICKSHAKE FACTORY AT RAJAHMAHENDRAVARAM

Rajahmundry to feature longest runway in the state

Do you want to be informed everytime with our latest news?

Cyclone Jawad: District Collector C Harikiran asked the administration and warned of heavy rainfall across East Godavari in the next 3 days.

East Godavari: Heavy rainfalls to continue in Andhra Pradesh for the next three days this week

Cracker Units In The Visakhapatnam, East, and West Godavari Districts Have Cut Down The Production By 60% To This Diwali 2021

During the Dussehra festival 2021, The APSRTC amasses Rs. 135 crore through special services